A couple of fish tales from here and there: At The Lambs Club and Seafood Gourmet 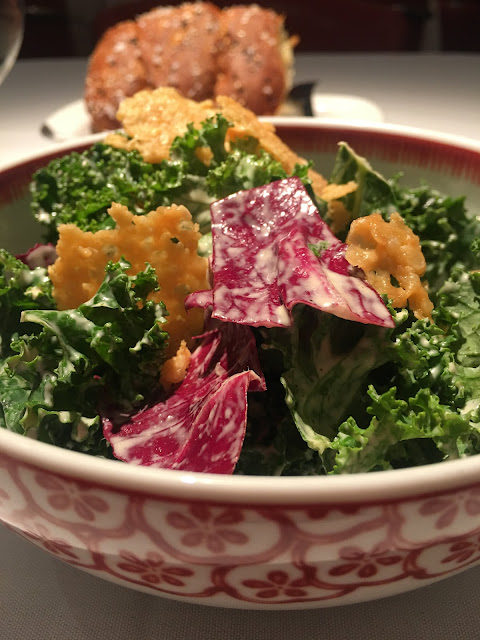 Cheap, artificially colored and usually raised on harmful antibiotics, farmed salmon doesn't have the eye appeal or robust taste of its wild cousins.

But Manhattan restaurants taking part in the promotion charge only $29 for a three-course lunch, plus tax, tip and beverages -- often less than the price of an a la carte entree -- so they turn to farmed salmon to cut their losses.

Barbetta, Charlie Palmer at The Knick, Toloache, Becco and Victor's Cafe, to name a handful, offered entrees of farmed salmon to non-meat eaters like me.

So this week and last, I searched the NYC Restaurant Week site for other restaurants in or near the Theater District that served wild-caught fish, and had a delicious lunch at two, Esca and The Lambs Club.

I keep on striking out at Seafood Gourmet, the no-frills restaurant for fresh seafood behind a Maywood fish market.

I appreciate the chef's imaginative preparations, but have found that the fish and lobster I ordered were overcooked, even when I asked for a lighter touch.

Last Saturday night, my wife ordered an extraordinary Chilean Sea Bass entree, which was served with a small bowl of delicious Lobster Bisque.

I, on the other hand, fell for what was described as "Seared Wild Salmon," but what I got was a pale, skinless-boneless filet that didn't taste like wild fish at all.

Plus, I asked for it cooked "medium" and it came to the table cooked through.

A few days later, I called the market to ask whether the wild salmon listed on the specials menu and displayed in a refrigerated case had been previously frozen, and where it was from.

It didn't have the deep red-orange color of raw sockeye, so I thought it might have been Pacific king salmon (also called chinook), the largest variety.

I was told the salmon wasn't previously frozen, and that it was wild and from New Zealand.

But when I looked at the Monterey Bay Aquarium Seafood Watch site, I could find only farmed king salmon from New Zealand.