UPDATE: President Trump's ex-campaign chief, Paul Manafort, and his former business associate were indicted today. And a Trump aide, George Papadopoulos, pleaded guilty to lying to the FBI about contacts with a Russian professor who said Moscow had thousands of emails with "dirt"on Hillary Clinton.

No major news outlets, including The New York Times and Washington Post, have been able to add details to a CNN report that a grand jury has "approved the first charges" in the probe of Russian meddling in the 2016 Russian election.

On Friday night, CNN claimed an exclusive, reporting "the charges are still sealed under orders from a federal judge."

"Plans were prepared Friday for anyone charged to be taken into custody as soon as today, the sources said.

"It is unclear what the charges are," CNN said of the investigation led by special counsel Robert Mueller.

Could this first indictment mark the beginning of the end for Trump, who was elected nearly a year ago, when millions of Democrats sat out the election?

All he has accomplished so far is dismantling many of the health and environmental achievements of former President Barack Obama. 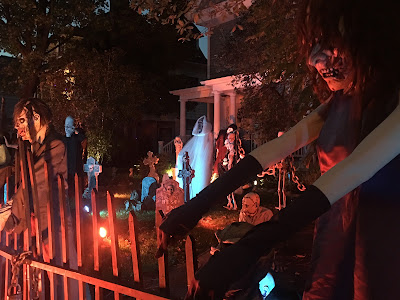 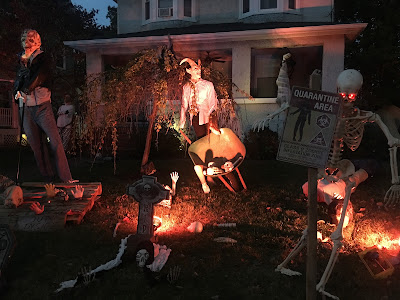 On Saturday, my so-called local daily newspaper, The Record of Woodland Park, ran a Page 1 story from USA Today on CNN's report, but there was no follow up on Sunday.

Instead, most of Page 1 was devoted to the fifth anniversary of Superstorm Sandy. One sub-headline said:

"The Garden State is still storm proofing its vulnerable infrastructure"


In nearly five full pages of coverage, there was no blame placed on the Christie administration for bungling the recovery from Sandy (1A, 5A-6A, 8A-10A).

And a front-page column by Mike Kelly defended wealthy Margate residents who fought the construction of protective dunes that block their beachfront views of the Atlantic Ocean (1A).

"According to the American Public Transportation Association, U.S. transit ridership fell 2.88 percent in the first six months of 2017, almost identical to the 2.9 percent annual decline at NJ Transit," Staff Writer Curtis Tate said on 10A.

Tate reported low gas prices have lured many commuters back to their cars.

But The Record has never reported on the lack of rush-hour seats on NJ Transit trains and buses, or written about growing traffic congestion and air pollution at the Hudson River crossings, where toll-booth waits of an hour or more are commonplace.

Christie helped cripple NJ Transit by cutting state subsidies to the agency by more than 90%.

On Sunday, The Record's Editorial Board endorsed Democrat Phil Murphy for governor in the Nov. 7 election.

"Guadagno ... has moved further to the right, abandoning her centrist roots during these last weeks of the campaign," according to the editorial.

Sadly, The Record mentioned that it endorsed Governor Christie in 2013, when the GOP bully won a second term.

His re-election came just two months after his aides and a crony at the Port Authority secretly ordered the closure of access lanes to the George Washington, causing five mornings of traffic chaos in Fort Lee.

The editorial claimed Christie "during his first term" showed "an ability to forge deals with Democrats who controlled the Legislature."

But, of course, The Record forgets  Christie used hundreds of vetoes and the threat of more vetoes to achieve his deals.

And Sunday's editorial shocked readers by mentioning Christie's "stalwart defense of Muslims living in New Jersey," without providing any context.

That ignores he tried to ban all Syrian refugees from coming to New Jersey and the rest of the United States after the Paris terrorist attacks in November 2015, a few months before he dropped out of the presidential race and endorsed Trump.

But for some reason, Staff Writer John Cichowski pads the column with 10 or 11 paragraphs (8L) on a Ridgewood woman who was severely bitten on her arm by a small dog "upon leaving Saddle River County Park" (he doesn't say whether she was driving or walking out of the park or whether the dog walker was in a crosswalk).

Most of the rest of the column discusses crackdowns in Hackensack and Paterson on jaywalking pedestrians, and drivers who violate state law by refusing to yield to pedestrians in crosswalks.

The headline over this rambling piece:

"The price we pay for
darkness, deer and dogs"