Decline of a once-great local newspaper: You can't cover 90+ towns in 3 to 4 pages

You probably have never heard of Barbara C. Peckham, but many thousands of Bergen County residents relied on the Teaneck woman for a vital service before she died last Monday at 91.

Beginning in the early 1960s, Peckham Drivers Service Inc. provided a reliable, lower-cost alternative to renting a car and driver for trips to and from the airport; as well as to plays, concerts and dinner in Manhattan.

Many of her customers were elderly and though they still drove, they often called Mrs. Peckham and asked her to send over a driver to take them in their own cars to doctor's appointments and food shopping or to drive them into the city to visit children who lived there.

If she couldn't find a driver to take a customer to Kennedy or one of the other airports, Mrs. Peckham would handle the job herself -- even after she turned 90.

Not too long ago, The Record of Woodland Park, my local daily newspaper, would have published an expanded local obituary to profile Mrs. Peckham after her death.

Instead, there was no mention of her passing or who she was.

Since March, when the Gannett Co. laid off the reporter who covered that beat, the once-great local newspaper has published only a handful of expanded obituaries of prominent local residents -- in contrast to two or three a week before the layoff. 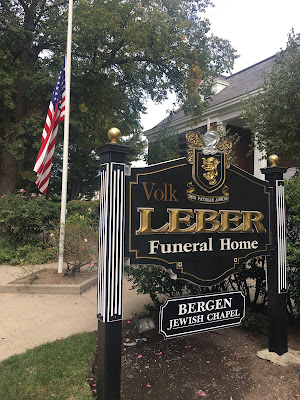 The decline in the quantity and quality of local news started years before Gannett bought North Jersey Media Group, publisher of The Record, from the Borg family in July 2016.

Still, there appears to be even less space every day -- 3-4 pages in The Record's Local section -- devoted to news and feature stories from the 90 or so towns in the paper's circulation area (Bergen, Passaic, and parts of Morris and Essex counties).

The Record once published separate sections for Bergen County and Passaic County, but several years ago, the Borgs decided to consolidate the sections to save money on newsprint.

Today, Local often is dominated by news of Paterson and other towns of no interest to Bergen residents, who, as a result, get far less news of their 70 towns than they did before.

Since July 2016, Gannett laid off more than 350 employees at NJMG, including about 50 reporters and editors, but kept veteran columnists like Mike Kelly and John Cichowski, encouraging them to write as long as possible to fill space.

That might be the explanation for why the editors devoted nearly two full newspaper pages to a local shooting range as part of its coverage of the massacre in Las Vegas.

Kelly's Page 1 column on Gun for Hire (yes, that's the name of the shooting range) ran on Sunday, a week after a deranged gunman killed 58 people at a concert and wounded nearly 500 others with rapid-fire, military style weapons.

Kelly justifies promoting the shooting range near the paper's headquarters this way:

As the nation debates more gun control to stop such mass shootings as the Las Vegas murders, "proponents of gun rights have been pressing forward with a subtle but meticulous campaign to make guns as much a part of everyday life as cars and cellphones" (Sunday's 3A).

"I'm like a pool hall. I'm like Seaworld. The only difference is that we're shooting real guns and we're not water-sliding."

No. The real difference is that after a visit to a pool hall or Seaworld, people don't have murderous thoughts or impulses.

The Asbury Park Press, another Gannett newspaper, has been ripped for "one of their stunning acts of hypocrisy," this one concerning the LGBT community in Asbury Park.

Publisher Dan Jacobson of the weekly Tri City News says the "failing" Gannett-owned daily is trying to attract more advertising by sucking up to the LGBT community, which the Press "turned its back on not that long ago."

But in 2010, the newspaper opposed a move by the state Legislature to legalize gay marriage, and called for a statewide referendum on the issue.

Then, about two years later, the newspaper blasted Governor Christie when he called for the same type of referendum on marriage equality.

"God, they are so full of shit," Jacobson said of the editors at the Press.

I guess you could say the same about the editors and columnists at The Record.