An all-electric, zero-emissions car has one major, life-saving advantage over every car that uses gasoline or diesel fuel -- no killer fumes.

A 2010 MIT study estimated 200,000 Americans die prematurely every year from so-called combustion emissions (industry, power generation, cars, trucks, trains and ships), and 58,000 of those deaths are caused by tailpipe emissions.

Yet, Consumer Reports stubbornly downplays the benefits of all-electric cars and gas-electric hybrids, and only this year named an EV to its Top 10 list in the magazine's annual Auto Issue.

Every other vehicle on the coveted list uses a gasoline engine; the editors couldn't find room for a single gas-electric hybrid, even though they are available in sedans, SUVs and crossovers.

This despite Consumer Reports' claim of independence:

Unlike virtually all other publications and websites, Consumer Reports doesn't borrow the vehicles it road tests from the automakers' press fleets.

And it doesn't accept any form of advertising from carmakers, automobile dealers and oil companies, so shouldn't feel any pressure to promote big SUVs, pickup trucks and cars powered by antiquated gasoline-combustion engines.

Still, like all other auto publications, Consumer Reports pays little attention to climate change or the environmental benefits of EVs, gas-electric hybrids and hydrogen-powered cars.

This video will help you avoid breathing in deadly fumes while driving:

Also in the annual Auto Issue is a section on "10 Noteworthy Newcomers." But here, too, no all-electric car or hybrid is included.

This despite the debut of a second-generation Nissan Leaf, which is mentioned in another section, "New Car Profiles."

"The Nissan Leaf electric car has been redesigned for 2018 with a more powerful electric motor, a larger 40-kWh battery that is claimed to yield 150 miles of driving range, and a new driver-assist feature.

An optional 60-kWh battery (like the one in the Chevrolet Bolt and my 2015 Tesla Model S) is expected to arrive at the end of 2018, giving the car a claimed 200-mile range. 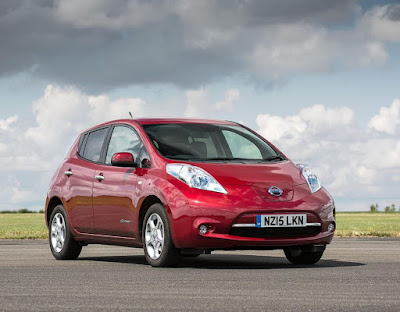 Another section of the annual Auto Issue ranks auto brands "based on CR's exhaustive vehicle testing, as well as owner feedback on more than 640,000 cars to determine the predicted reliability and owner satisfaction ratings," the editors say.

The brand rankings are useful to compare to all of those TV auto ads we saw during Olympics, especially the annoying ones from Chevrolet.