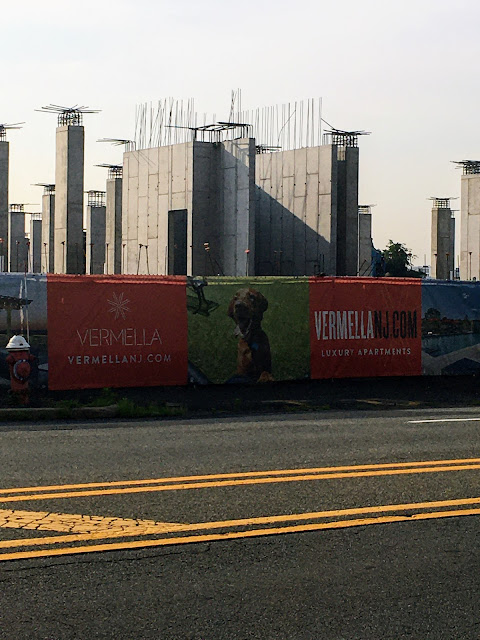 The story noted "hedge funds and private equity companies have become a force in the news industry," including at The Record of Woodland Park and hundreds of other newspapers owned by Gannett.

"Fortress is owned by the Japanese conglomerate SoftBank," the newspaper said.

The Borg family sold North Jersey Media Group, including The Record, (201) magazine and other daily and weekly newspapers, to Gannett for nearly $40 million in cash in July 2016, but retained ownership of roughly 20 acres along River Street.

Now, with a nearly $49 million construction loan, the Borgs' Fourth Edition Inc. and partners have started work on the first of 5 apartment buildings.

Another apartment building in New Rochelle, N.Y., is called The Printhouse.

Meanwhile, Chatham Asset Management of Chatham, N.J., emerged as the winning bidder last week in a bankruptcy auction for the McClatchy Co., "a chain with 30 media outlets including The Miami Herald, The Kansas City Star and The Sacramento Bee," Edmund Lee of The Times reported.

"With roots going back to 1957, McClatchy, a consistent winner of top journalism awards, was one of the last major family run publishers" -- similar to the Borgs' standing in New Jersey.

What The Times reported about Chatham's track record as owner of a major newspaper chain is also true about Gannett, which accelerated a process started by Stephen A. Borg when he was publisher of The Record.

Postmedia, the Canadian newspaper chain, cut its workforce, reduced salaries and benefits, and "centralized editorial operations in a way that has made parts of its 106 newspapers into clones of one another," The Times said.

Read: The Borgs laughed all the way to the bank

Read: What the Borgs started...
Gannett is finishing with a vengeance

Read: The Record, NorthJersey.com
lose tens of thousands of readers